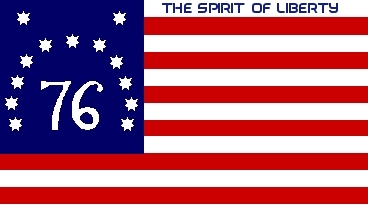 The Spirit of Individual Liberty

The Citizen Liberty Party News Network believes that the original American patriots, in 1775, had the best idea for creating a natural rights republic for the new nation.

Their radical idea was to create a democratic republic of equal economic opportunity and equal political rights for all citizens.

Their philosophy of individual liberty was derived from the writings of Thomas Hobbes and John Locke, actualized by the writing of Thomas Jefferson.

The Nation’s first constitution, The Articles of Confederation, was written by Thomas Burke of North Carolina. 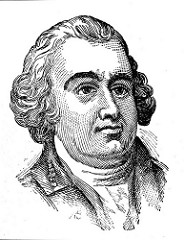 The Articles were ratified by the 13 states, in 1781. The patriots created a decentralized form of government that granted authority to each state to manage its own internal affairs, with delegated power to the central government to manage national defense and foreign affairs.

We advocate the restoration of the philosophy of a natural rights republic of individual liberty, built upon the state sovereignty framework of the original American patriots.

The original patriots adopted the motto “Spirit of ‘76,” to describe their goal in the war with England, and we adopted this motto with the modification “Spirit of Individual Liberty” to emphasize our belief in the virtue of a society built upon individual freedom and individual initiative.

We advocate a national economic policy of economic sovereignty, based upon the concept of  entrepreneurial capitalism. We believe that the Nation’s initial factor endowment of individual creativity created an unassailable global comparative advantage in technological innovation and new venture creation.

The primary national domestic economic goal is a high annual rate of private capital investment in technology and new small entrepreneurial firms, decentralized to the major metropolitan regions of the states.

We agree with Jefferson, that the purpose of the Nation is to secure the individual liberty of citizens from outside and inside threats, and that the main beneficiaries of the defense of individual liberty are the working class and middle class citizens who aspire to achieve economic and financial prosperity.

We believe that these national sovereignty goals are threatened by a concentration of centralized political and economic power that is not connected to Jefferson’s goal that all legitimate power is derived from the consent of the citizens.

We allege that there is a ruling class of families and corporations intent on subverting national economic sovereignty to the goal of a seamless, global economy, controlled by unelected elites.

We call this form of illegitimate authority a deep state kleptocracy, managed by a global crony capitalist elite, who use the agencies of government to direct the flow of financial benefits to themselves.

The deep state kleptocracy manages its political affairs through the institutional organization of the Republican Party, in collusion with the national Democrat Party.

We cite the main threat to individual liberty today as the alliance between crony capitalists and socialists, who promote a global one-world government.

We believe that the ideological differences between natural rights conservatives and Democrat socialists are irreconcilable, and we advocate a peaceful civil dissolution of the nation.

We advocate the creation of a new nation, called the Democratic Republic of America, where citizens have greater power to protect their own natural and civil rights, than the weak form of protection under Madison’s representative republic.

Our Podcasts available on: